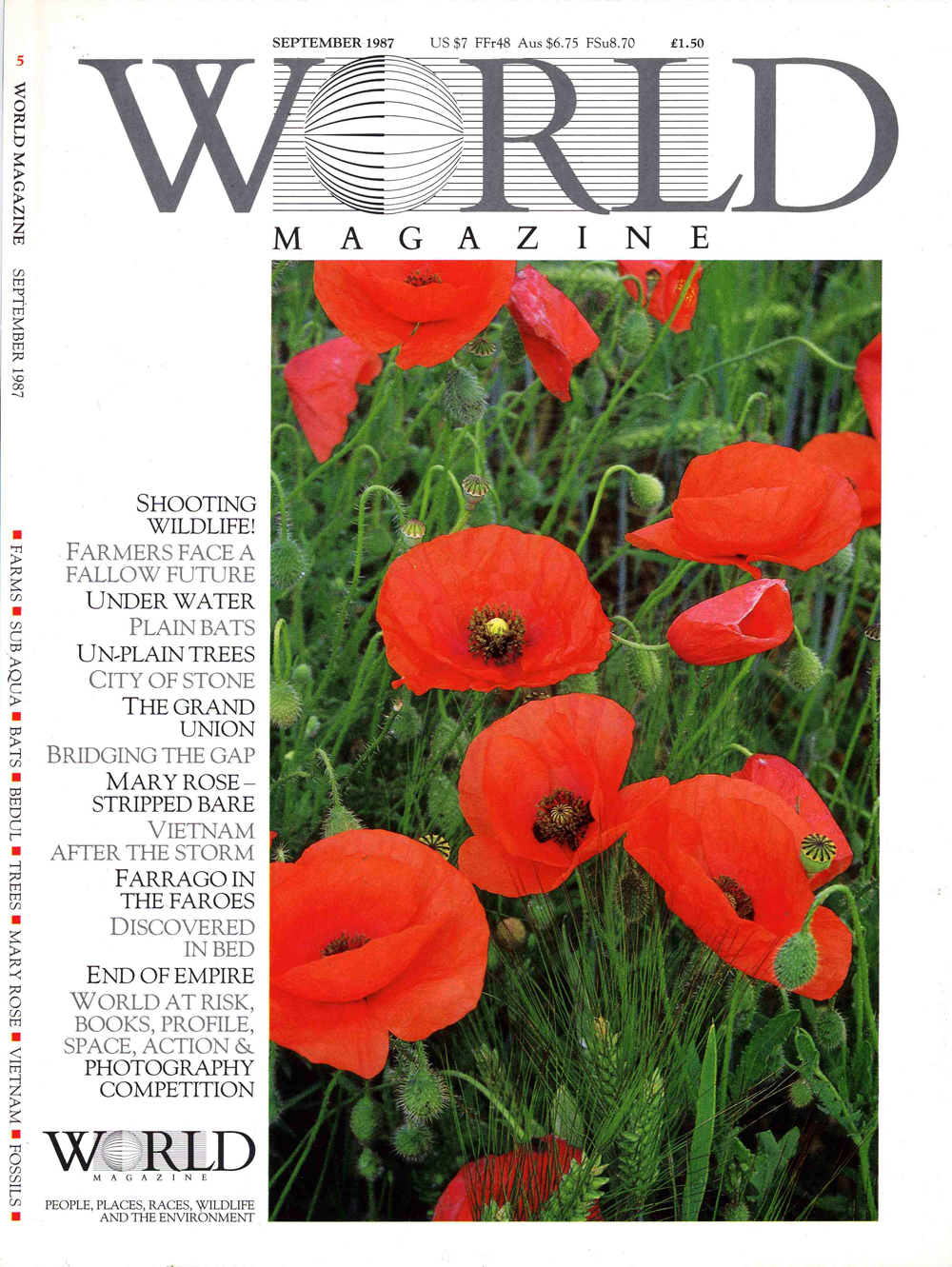 A small insert in a large feature on the Mary Rose – the Tudor battleship raised from the sea-bed off the south coast of Britain in the early Eighties and now conserved and displayed at Portsmouth.

The Mary Rose was lucky. A sadder vessel was HMS Implacable, launched as the 74-gun Duguay Trouin in 1800 and captured [from the French] at Trafalgar in 1805.

For more than 50 years she was a Devonport training ship until 1908 when enthusiasts raised £25,000 to repair her wooden hull. Between 1932 and 1937 she was a training vessel for 10,000 youngsters and then served throughout World War 11 as a 145 year-old veteran – the oldest wooden warship afloat.

Her reward in 1949 was a slow, two-hour death as charges were exploded in her hull and she sank to the strains of 'God Save the King' and 'The Marseillaise'.

According to the World Ship Trust she was "murdered for want of funds and public awareness of her plight. She could have been restored and re-rigged for posterity".

As HMS Warrior joins Mary Rose and other historic vessels at Portsmouth and Dundee maritime museums we should make sure we don't allow other great ships to be murdered and sunk in the dismal manner of HMS Implacable.

Before Implacable was scuttled the British government felt that France would appreciate the return of an historic ship. The French government sadly refused to accept her or the costs involved in restoring and maintaining her.

On 10-07-2002 8:53 Frank Saunders wrote: "I remember how sad I felt when I read that the Duguay Trouin [a.k.a. HMS Implacable] had been scuttled... I was a Sea Cadet in Blackfen in Kent from about 1946 to 1948 when I was able to spend a week aboard the HMS Implacable. She was moored in Portsmouth Harbour alongside HMS Foudroyant [a similar vessel captured from the French]. I seem to recall that we slept on the Implacable and did our training on the Foudroyant. Although many years have passed I remember it well. I didn't join the Navy (I flew with the Royal Air Force) but I am proud to have served in the Sea Cadets. It was a time of my life when whatever had happened would have shaped my future. I'm glad it was the Royal Navy and not television!"
On 06-09-2005 Derek Turner wrote: "Re: Implacable and Foudroyant, I was an Armament Fitter Apprentice, beginning in 1939, and worked aboard these vessels when they were used as storeships during World War 2. I was saddened to learn of their ultimate disposal. Derek Turner."

© (1987) Christopher Long. Copyright, Syndication & All Rights Reserved Worldwide.
The text and graphical content of this and linked documents are the copyright of their author and or creator and site designer, Christopher Long, unless otherwise stated. No publication, reproduction or exploitation of this material may be made in any form prior to clear written agreement of terms with the author or his agents.